First lets start by saying what a fantastic meeting the Croft Circuit Nostalgia event is, if ever you want to go to the Goodwood Revival but don't like the expense and crowds, the Nostalgia is where you need to be. Great fun for all the family and fantastic racing, literally like stepping back in time.

Race one went well Callum led the race from lights to flag even when the safety car came out he just pulled the gap back out he had before the SC interval, winning the race by just under 5 second from Rob Wainwright. Neil also had a fantastic race only losing one position in a race long battle with David Wild from Neil Fowler Racing. Again both drivers made it into the second 'A' race. 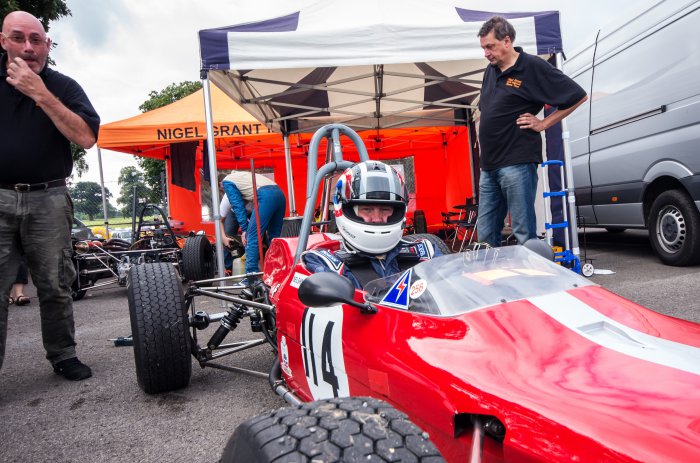 Race two wasn't as simple, to start off Callum thought he was at a cross roads and waited for the green light when the reds went out at the start, by the time he got going two cars had passed him, making short work of second place man Callum went round the outside at tower (third corner) and tried to pass Rob Wainwright the corner after but passing Rob wasn't going to be as easy. For a lap Rob and Callum went wheel to wheel round the circuit with Callum eventually getting back into the lead down the pit straight thanks to the slip stream Rob gave him. Callum came home 13 seconds in front of the rest of the field. Neil didn't have such a great race, it started off well passing people and getting repassed he was really enjoying it till a driver in front had a brake problem and collided with the front of Neil's car putting him out the race. All was well after the race as the driver that had the brake problem came and apologised to Neil and showed him what had caused the problem.

Not a bad weekend at all 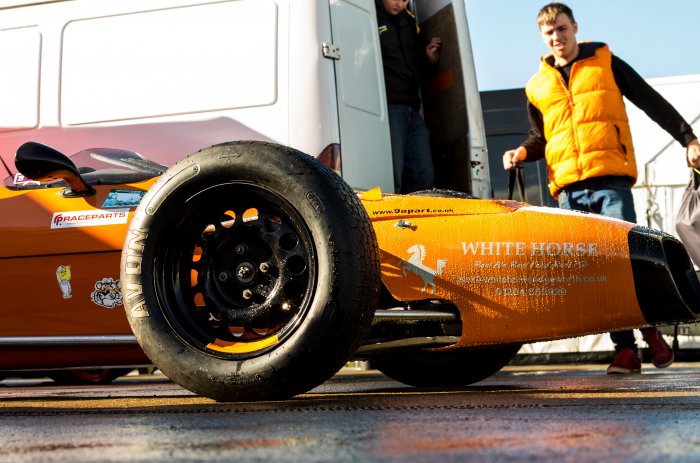 All Photographs Provided By Paul Allen